Mass Times: ALL MASSES SUSPENDED UNTIL FURTHER NOTICE (check front page of this site for information) 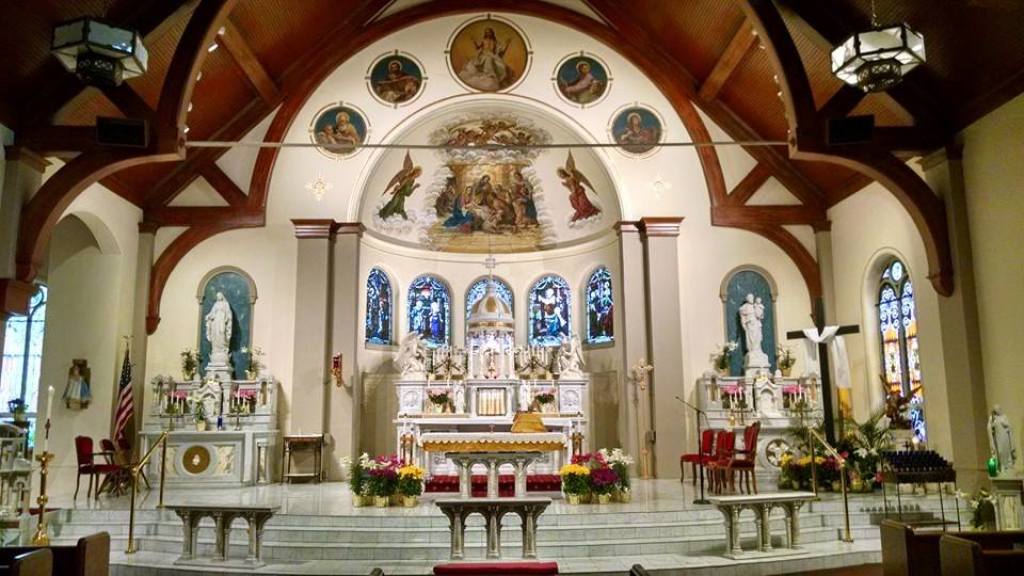 January 4, 1902—A new church of Romanesque design with seating capacity of 600 began to be built in the East Bluff.

September 27, 1903—The red brick church on the corner of Kansas and New York Avenue called St. Bernard was dedicated.

January 3, 1904—The church bell, weighing a ton, made in St. Louis was dedicated by Bishop Peter J. O’Reilly.

1906—The present rectory was built.

September 3, 1911—The new school with a capacity of 600 students is dedicated.

1972-1973—Extensive renovating, up-dating, painting and carpeting was done to the church and sanctuary.

2002—Church is restored by R. Pallardy to celebrate the parish centennial in 2003.